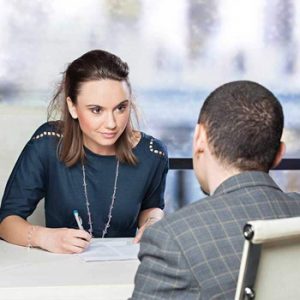 Do you struggle to give concise answers to interview questions?
Are you unsure how to share your accomplishments during an interview without
sounding boastful? Or too modest?

Most employers will try to connect past and future behaviour, so in the interview process they will attempt to assess your future performance by enquiring about your past behaviour and actions. Behavioural based questions simply ask what you have done in the past. It is useful to be aware that your responses will be hypothetically critiqued against future anticipated behaviours.

The most common method for responding to behavioural based questions is
the ‘STAR’ method and often an interviewer, particularly those with a Human
Resources background will expect you to answer questions in this format or a
similar variant.

The ‘STAR’ methodology is a structured manner of responding to
competency/behavioural-based questions by providing examples of a Situation and
Tasks you were required to undertake, Actions you took and the Result that was
achieved. This method focusses your brain and allows you to provide
concrete examples or proof that you possess the experience and skills for the
job at hand.

Prior to the interview, it may help to read the job description and make
a list of the skills and experiences that are required for the role. Have
examples on the tip of your tongue of past experiences that match your
qualifications to those listed in the posting. When preparing for an interview,
trigger your brain to go into STAR mode if you hear a question starting with
phrases such as, “Describe a time when…” and “Share an example
of a situation where….”

The concepts of the STAR acronym comprise the following:

Situation – Briefly and concisely describe the situation to give context to your task, include when this occurred and highlight any resources that were available to you and any existing challenges. Provide an example of a situation from your past which you could foresee arising in the role you’re being interviewed for.

Task – Clearly
define what your responsibilities were, what you were required to achieve and the
timeframe you had to work within.

Action
– Give a detailed description of not only what you did but why you did it
covering the other options that would have been available to you that were not
selected. Emphasise the skills and knowledge utilised to complete task.

Results – Provide a
concise evaluation of the result and also be sure to include what you learnt
from the experience and how this has affected your decision making since the
event. The result should preferably be a positive one!

Example Question 1: Have you ever been in a situation when
a team member has not completed his or her quota of the work?

Example Answer 1: When there are team conflicts or issues, I
try my best to step up as team leader if needed. I think my communication
skills make me an effective leader and moderator.

For example, once I was the wicketkeeper of the Tasmanian
cricket team and I was unexpectedly called up to captain the Australian
national team after the regular captain and vice captain got embroiled in
a scandal, both unable to complete their assignments (SITUATION). As I was now leading
the project and ultimately responsible for meeting the expectations of the
Board (TASK), I arranged a team meeting where we reallocated all the
assignments among the team members and formulated a new set of expected
behaviours (ACTION). This made everyone more productive and the team culture
improved dramatically. Our project culminated in a successful team, winning the
series against Sri Lanka two nil (RESULT).

Example Question 2: Tell me about a time you showed initiative on the job.

Example Answer 2: Last year I was working as second in charge
of the commanding army. War was imminent and we were about to go into battle
for control of my spiritual and ancestral homeland. My commanding officer was
stubborn in his belief that even though we were undermanned we would be
successful in defeating our enemies. I wasn’t so sure (SITUATION). My
responsibilities were to assemble the troops and prepare them for battle
(TASK).

I took it upon myself to send a raven to former allies, requesting
their services and thereby increasing the size of our army exponentially (ACTION). As
our commanding officer’s troops were being trampled and our future appeared
doomed, a horn sounded and our reinforcements (the Knights of the Vale) arrived
in the nick of time. We casually swept away the enemy forces, winning the
battle and allowing me to claim my rightful title as the Lady of Winterfell (RESULT).